– Claim Flags now have settings which allow other companies or players to build within them, with the specified tax rate applied to them.
– You are also able to define an inclusion or exclusion list to these, to only allow or exclude specific company IDs (also used by players without companies). To grab someone’s ID for the inclusion/exclusion list, you’ll need to look at a structure they’ve placed which will list their Company ID; this number can be input into the flag’s list system to prevent/enable building. Please note that exclusion/inclusion lists are not saved when altering building permissions, so switching from ‘Everyone’ can build to ‘Company & Alliances’ only will clear your list should you wish to return to ‘Everyone’ can build.
– All claim flags will use the ‘Everyone can build’ as a default setting when placed, and this will also be a retroactive change. However, it will not function until Thursday the 10th of January, where we will release another server update to make this setting active. This means you will have two days, from Tuesday to Thursday, to decide and adjust the settings on your claim flag before the change is live.
– Only admins and above will be able to make changes to company claims.
– Claim Flags will have icons above them to represent their owner and setting. Your claim flags have a green icon. Claim Flags belonging to your allies that do not permit you to build, have a blue icon, or purple if they do belong to your allies and allow you to build. Claim Flags which belong to your enemies and do not allow you to build have red icons, or yellow if they belong to your enemies and enable you to build within them.
– Fixed some bugs related to Sea Claims.
– Enemy Claim Flags can now be directly pinged to identify any contesting enemies nearby
– The time required to steal an enemy claim now decreases the more Claims that enemy team has.
– Looking at your Claim Flag will show you how many land claims you have, and looking at an enemy one will show you how many land flags they have, note that this does not update dynamically on the client for server performance reasons. To always have the latest number, you can relog or re-enter stasis range of the Claim Flag.

– Server performance improvements
– All Cannons/Turrets can now be pin code protected for lever activation/deactivation
– There are 4x as many trade ships on the seas, and they now also sell commodity types for gold, as do NPC’s at Freeports.
– Lawless servers can no longer be specified as Homesevers. If your Homeserver was a lawless server, you’ll be required to pick a new (Freeport) Homeserver upon respawn. This does not mean that land will be claimable on these servers, just that they cannot be selected as a server to respawn on.
– You can now buy a « Ramshackle Sloop » from the NPC Shipyardsman at Freeports. The « Ramshackle Sloop » is a pre-built sloop which has permanently lower plank HP, carry weight, and crew limit, but is cheaper and faster to acquire if you want to get into sailing faster.
– « Favorites » server selection drop-down is added for Unofficial
– Joining through Steam browser server list with password now properly caches the password for ATLAS travel
– Fixed up some temperature scalings and Weather events are now indicated on the HUD
– Armour effectiveness and some values have been adjusted so that firearms are more useful in PVP
– Fixed some bugs related to Sea Claims, Enemy Claim Flags can now be directly pinged to identify any contesting enemies nearby, and the time required to steal an enemy claim now decreases the more Claims that enemy team has.
– Farming rebalances to be easier; water can now pipe uphill, region requirements for growing crops are more forgiving, and crop growth & yield is much faster and higher. Crops now take much longer to spoil when placed in a preserving bag.
– Reduced shovel stamina cost.
– You can now fill waterskins/jars from ground spouts.
– Metal Tools can no longer damage the planks of anchored ships.
– 50 more player levels added, and Skill Points per level increased.
– Loot stat scaling has been boosted (retroactively) by 60%
– Some ship costs have been adjusted, and in some cases reduced by approximately about 50%
– Animals health regen rebalanced, so they’re not regenerating high amounts whilst in combat!
– Eating poop is now instant-death
– Fixed an issue where you couldn’t kill yourself by exhaustion (for stuck situations)
– Pipes can now move water upwards and the vertical limit on underground junctions has been eliminated. Also, pipes can go farther without foundation requirement, and underground junctions can now be snapped onto existing pipes.
– Guns and melee weapons have had their damage and penetration values adjusted to make them more effective against armour
– Throwing Knife does significantly more damage when thrown to unarmoured targets (body and headshot)
– Armour penetration has been reduced on spear throw to make it less effective versus higher armoured targets
– Explosive Barrel weight has been increased
– Stone Arrows now stack to 60 and a bow can fire them 60 times before breaking
– Fire Arrows now stack to 40 and a bow can fire them 40 times before breaking
– Puckle damage has been increased and also been made more effective against armour
– Fixed Salted Animal & Fish Meat so that they naturally generate when placed in an active preserving bag (must use raw meats)
– Updated some legacy sounds and icons
– Updated stair collision on shipyards
– Fixed a bug which prevented passive feats from applying after death
– Fixed a bug with the torch which caused it to repair endlessly
– Lighthouses can now be lit even if they are touching water
– Using a bucket on a tamed cow now causes the bucket to lose durability
– Fixed a bug where players would get stuck in the crouched position
– Fixed a bug which sometimes would occur where players would disconnection when being invited to a company
– Fixed a bug which prevented creatures from receiving experience points above a certain level
– Fixed a bug which would cause NPC Crew to sink into foundations when exiting stasis range
– Rewrote structure destruction logic to avoid cases of floating structures
– Inventory ranks per structure and creature will now work for companies
– Fixed a bug which prevented admins from accessing remote inventories with the F key when changing group ranks.
– Autolock all structures in ‘PvE only’ with an inventory, except campfires and similar structures which can be placed without a claimflag. Unofficial Servers can run this with PvE enabled & ?ForceAllStructureLocking=true
– Gunmounts are now colorizable
– Gates and Gateway costs have been adjusted and now include metals (wood) and alloy (stone)
– Gateways and Gates are now crafted in smithy instead of player inventory
– Fixed an exploit with Prying Eyes
– Can no longer glide up mountains with the glide suit
– Fixed an exploit which allowed you to gain massive height when using the zipline
– Fixed a building exploit which allowed you to float structures and fortify walls with floors

– Sea Monsters’ damage has been reduced by 66%
– Tamed Creatures take 20% less damage
– Wild Alpha creatures HP and Damage reduced by 20%
– Tames HP and Damage scaling nerfed by about 40%, and Cannons/Explosions damage to tames increased 50% due to level increase and scaling possibility
– Killing the Monsterous Sperm Whale or Blue Whales (as they’re now named) provides (one-time) 50 Discovery Points each to everyone within 100k units of that event.
– Penguin AoE insulation now scales by level, the higher the level, the more insulation.
– Updated Mounted and Rider buffs to display icon while active, to better inform players the source of stat boosts.
– Dolphins now periodically leap out of the water. If you’re nearby to witness that at close-range, you’ll gain a temporary Intelligence buff!
– Updated affinity ineffectiveness values based on the recent x2 taming increase
– Updated creature specific buffs and ability value clamps to be scaled across 130 levels, due to recent extra 30 level ups for tames.
– Increased Wolf attack destination offset and increased some physics bounds to reduce clipping into players. Temporarily increased Wolf saddle scale in the engine to limit fur clipping.
– Updated taming ineffectiveness values to allow the highest efficiency to only be achieved with Taming Proficiency skill 3.
– Updated some undesired movement speed bonuses on tamed creatures
– Adjusted Seagull and Crow aggro speeds (Would previously take a long time to de-aggro). Updated collision to allow player attacks to land more consistently.
– Updated Vulture AI to only target sleeping humans if the player is connected. Updated attack logic to better harvest corpses, while reducing its melee swing radius (Was previously hitting from very far away)
– Reduced Bee movement to allow player attacks to land. Reduced sting buff duration to better reflect its size.
– Increased harvest amount of fur and milk from Sheep and Cow to incentivise taming and better compete with natural resource gathering amounts. Updated max yield timings to scale with creature level, similar to other creature abilities, instead of food value.
– Added durability decreased to the bucket when milking.
– Clamped amount of fur gained from harvesting wild sheep, again to incentivise taming. Wild sheep will also flee and may attack players after excessive shearing. We’ll be adding recipes in an upcoming update which can be used to heal your creatures!
– Added Lion roar animation.
– Fixed fur stretching on Wolf’s face and hind leg
– Decreased Crocodile swim speed.
– Creature health regen rebalanced and changed so that they no longer regen health when forcefed or from consuming corpses. With the exception of Wild Carnos, which still can consume corpses to heal at a reduced rate.
– Baby breeding balance changes to compensate for the overall creature regen changes.
– Wild Scorpions will no longer target large creatures, will no longer be aggressive towards Elephants, Giraffes, etc.
– Lion will only dismount players that are on medium and less sized creatures, will no longer dismount players from Elephants, Giraffes, etc.
– Updated taming foods to allow a variety of items to be used in taming creatures. 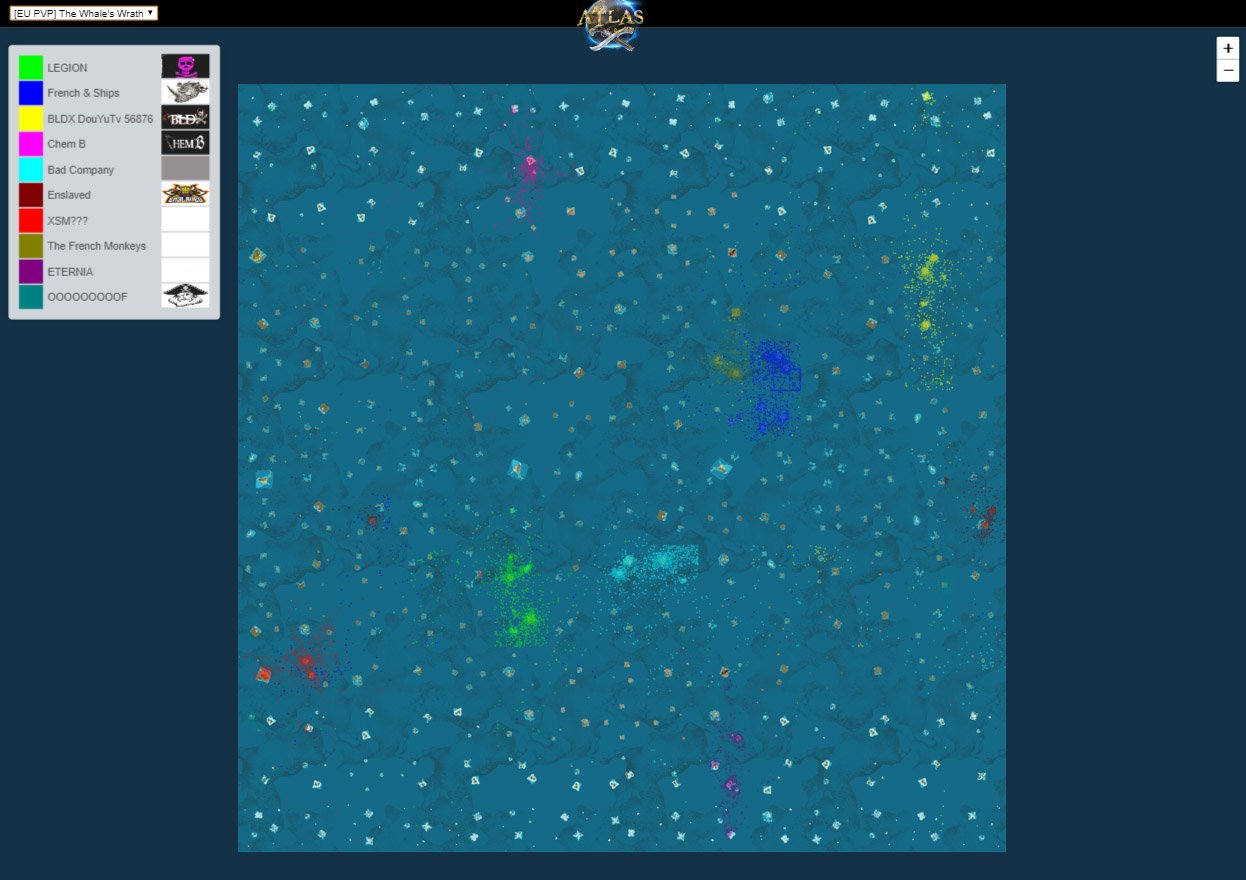 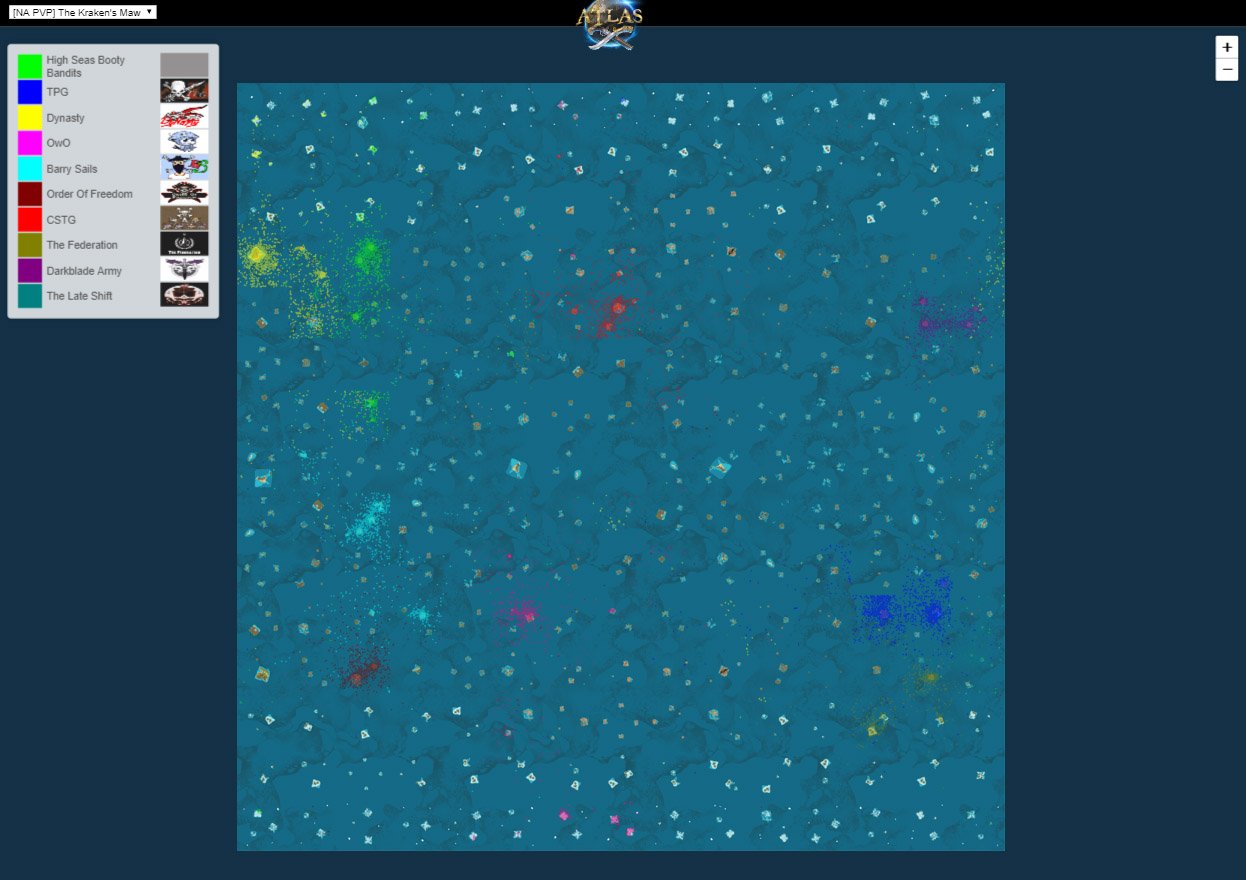 Arrivals: OwO, The Federation, and The Late Shift.

And whilst there isn’t active PvP on PVE servers, we’d like to recognize the following tribes for their claims! 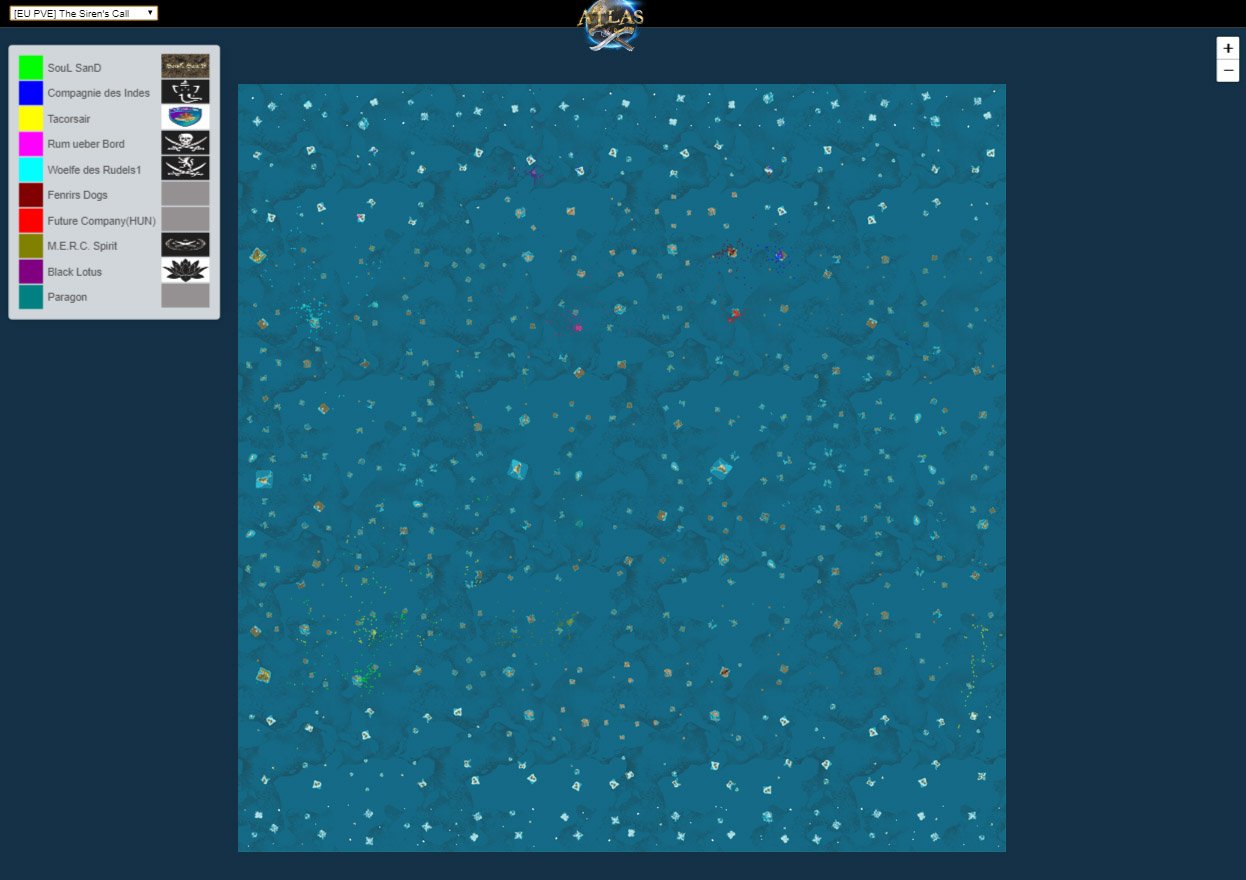 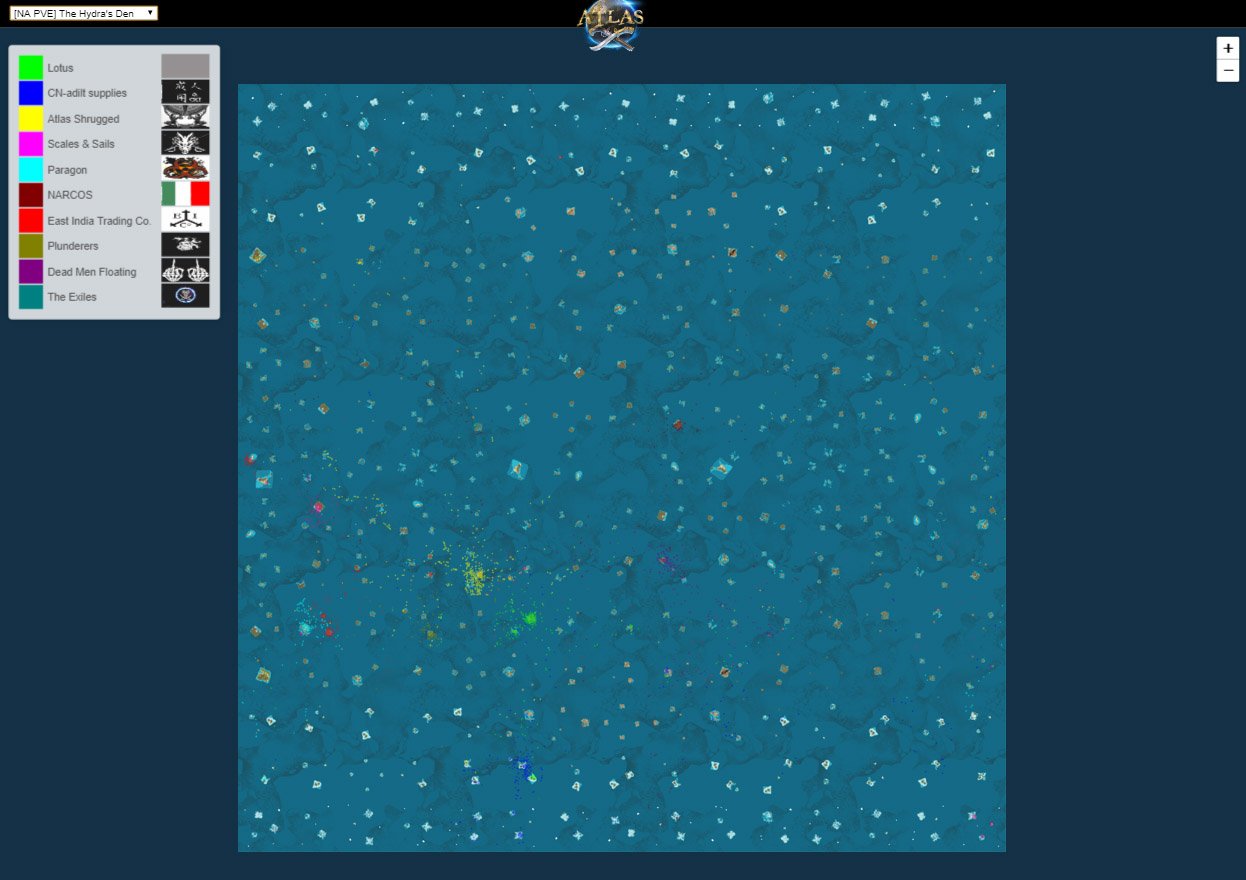 An exquisite build along with impressive editing and production. Witness someone exploring the building mechanics in ATLAS to breathtaking effect. 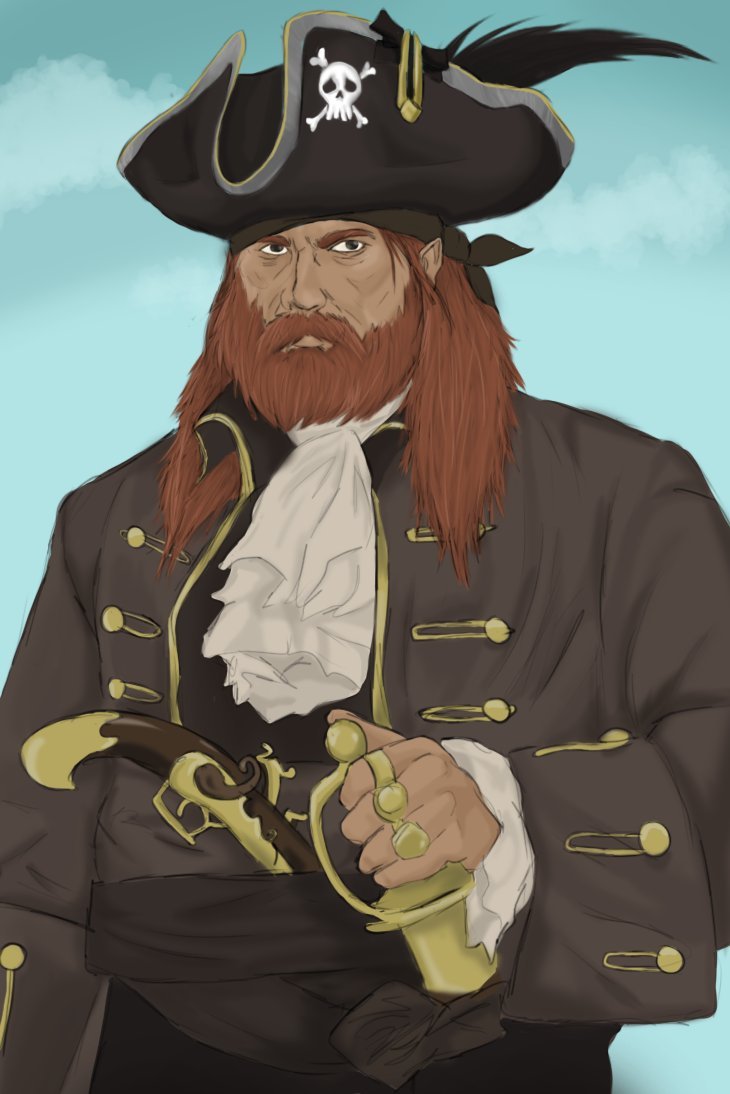 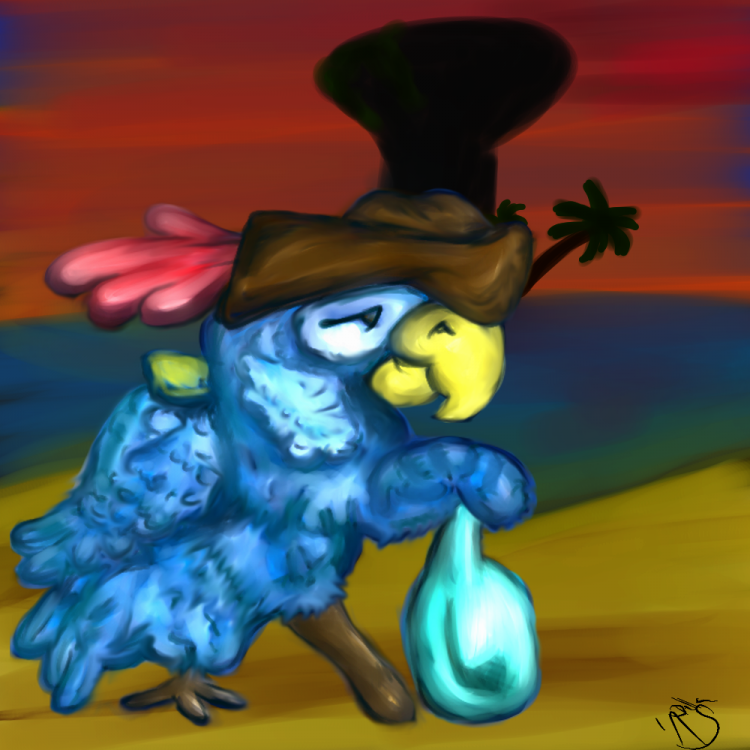 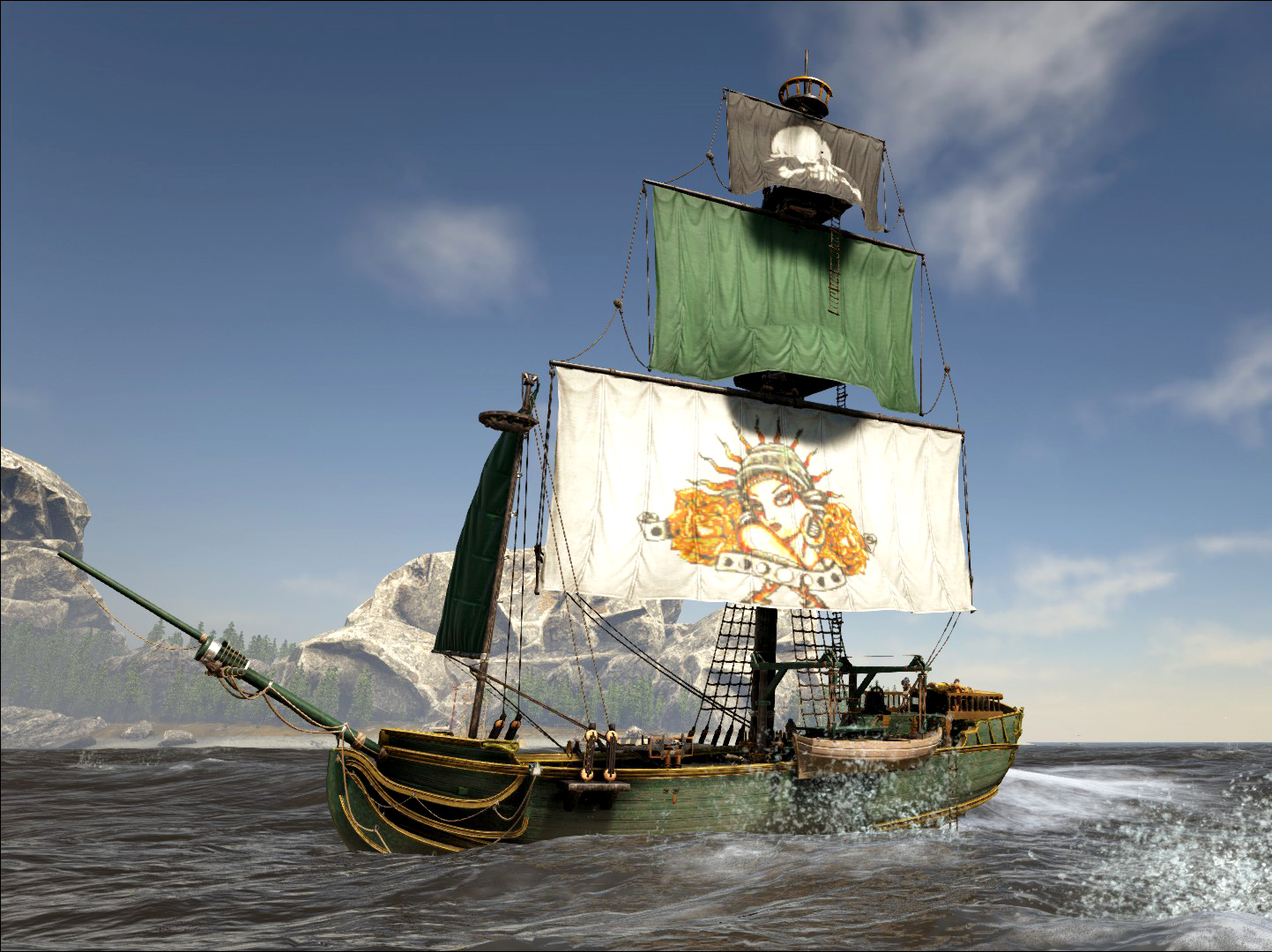 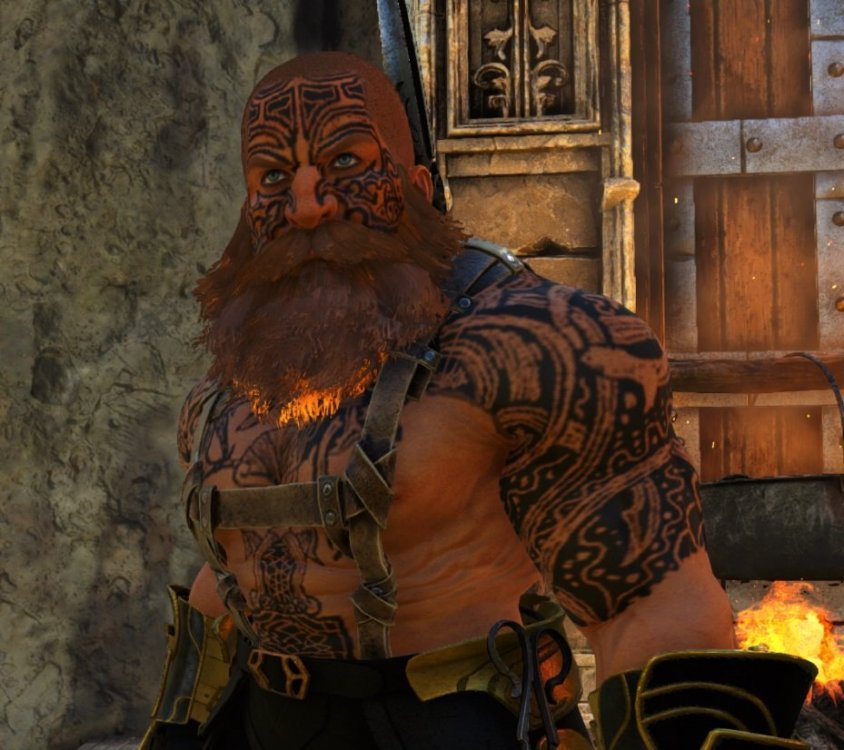 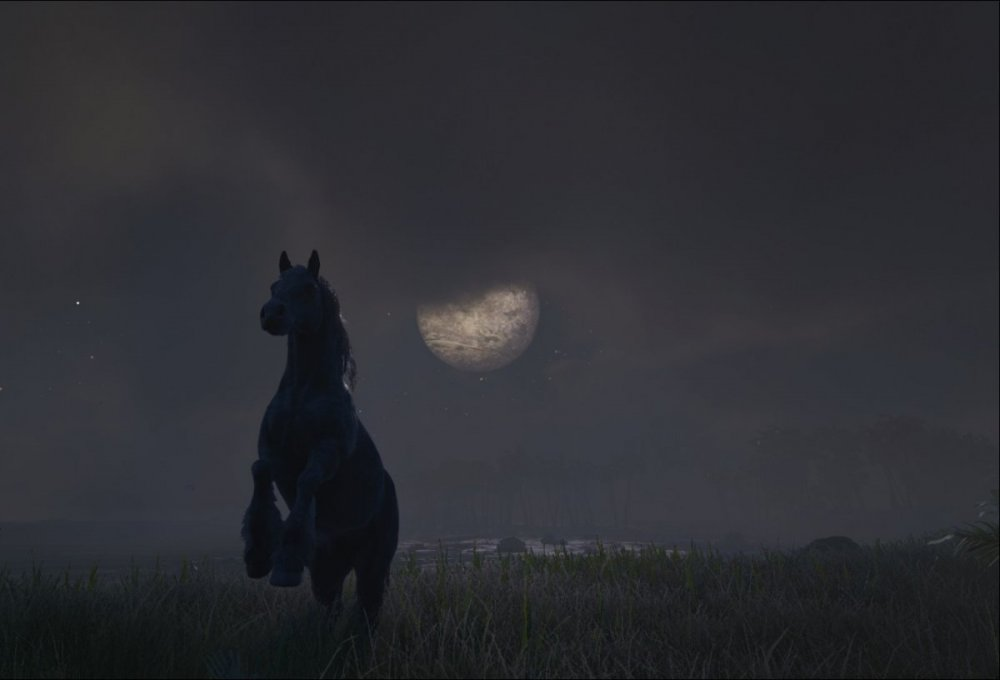 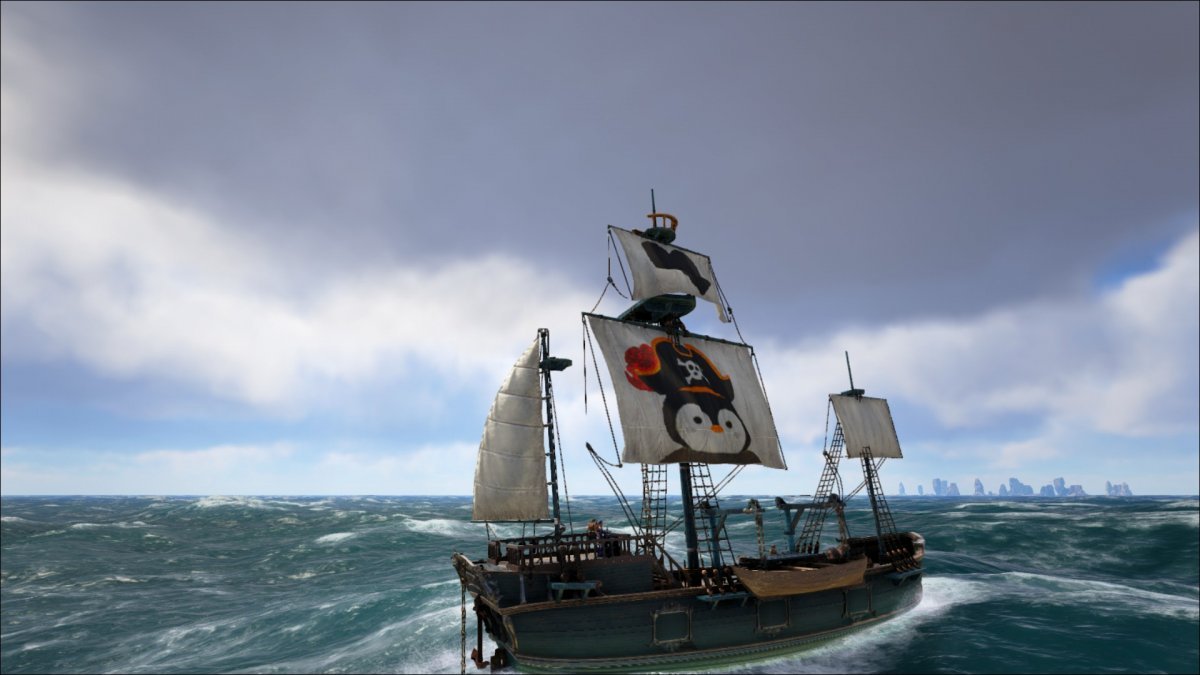 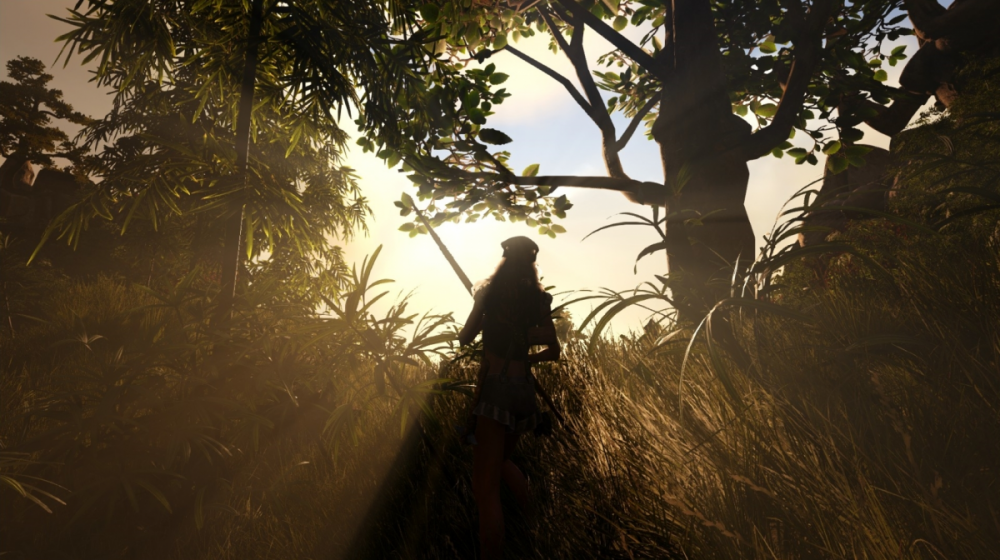 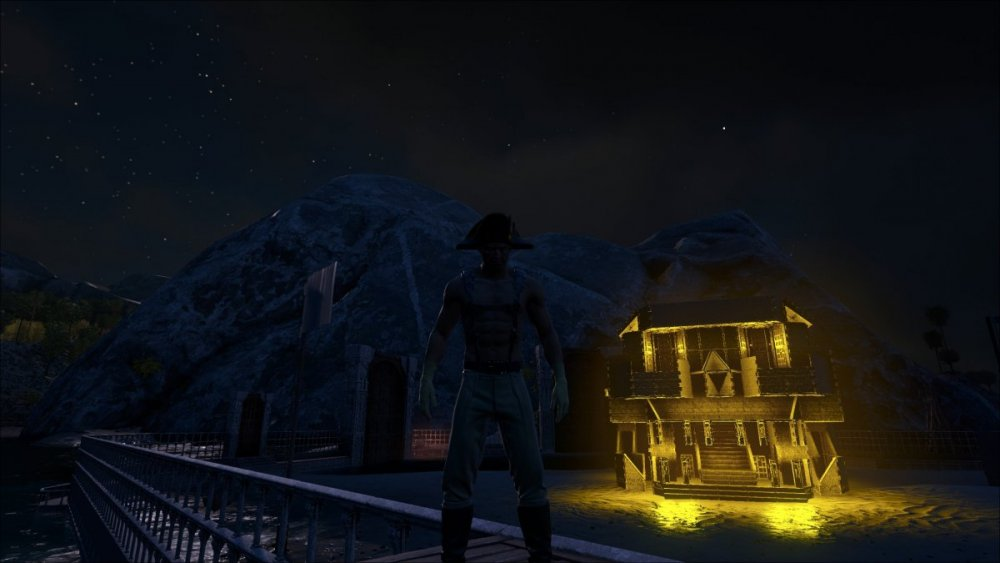 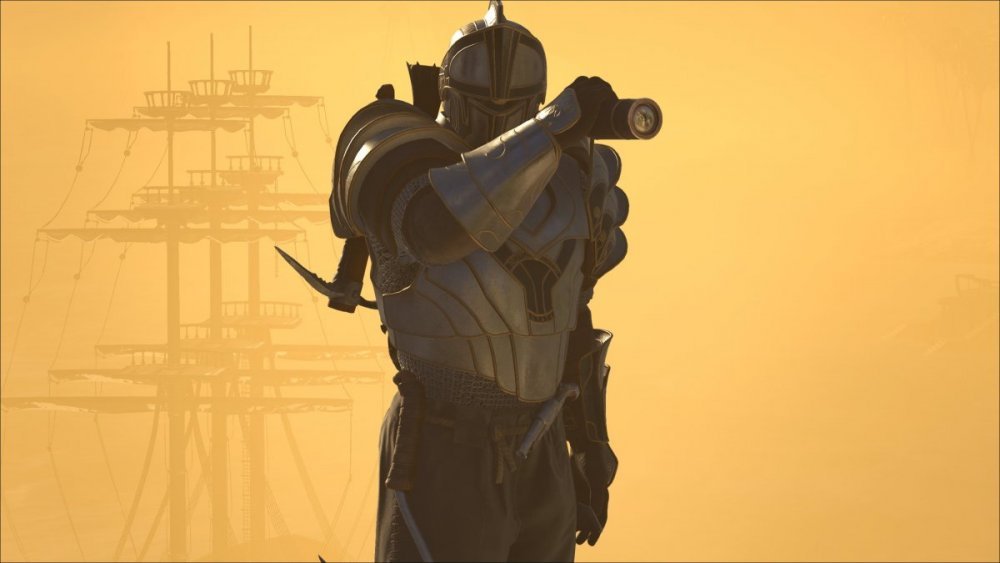 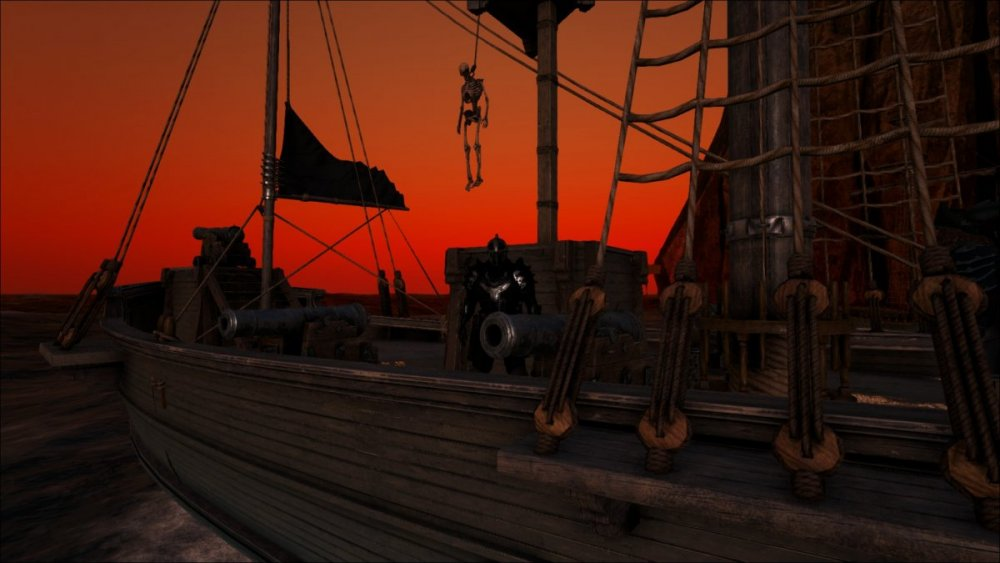